"Wunderkammer": Do you have a cabinet of curiosities?

Cabinet of curiosities, Kunstkabinett, Kunstkammer, Wunderkammer, Cabinet of Wonder, or Wonder-rooms.  They have many names, but in essence they are all the same thing.  An object of curiosity and wonder.  A place to house an encyclopedic collection of objects whose categorical boundaries might include natural history (sometimes faked), geology, ethnography, archaeology, religious or historical relics, works of art (including cabinet paintings), and antiquities.  Truly they are Cabinets of Wonder, a Wunderkammer.

Do you have a cabinet of wonder?

Strictly speaking, the wunderkammer is not a product of the Victorian Era, and therefore not Steampunk.  However, stay with me as we explore the wonder of the wunderkammer and why I think they in fact fit nicely into the realm of Steampunk.

What is a wunderkammer?

Traditionally the wunderkammer stored and exhibited a wide variety of objects and artefacts, with a particular leaning towards the rare, unusual, eclectic and esoteric. The contents of a wunderkammer were selected to tell a particular story about the world and its history.


The history of the wunderkammer

The original cabinet of curiosities emerged in the sixteenth century, and actually described a room rather than a piece of furniture.  Although more rudimentary collections had existed earlier, the Kunstkammer of Rudolf II, Holy Roman Emperor (ruled 1576–1612), housed in the Hradschin at Prague, was unrivalled north of the Alps. Rudolf's uncle, Ferdinand II, Archduke of Austria, also had a collection, with a special emphasis on paintings of people with interesting deformities, which remains largely intact as the Chamber of Art and Curiosities at Ambras Castle in Austria.

The earliest known pictorial record of a natural history cabinet is the engraving in Ferrante Imperato's Dell'Historia Naturale (Naples 1599) (See below).  It is described on Wikipedia as follows;

"It serves to authenticate its author's credibility as a source of natural history information, in showing his open bookcases at the right, in which many volumes are stored lying down and stacked, in the medieval fashion, or with their spines upward, to protect the pages from dust. Some of the volumes doubtless represent his herbarium. Every surface of the vaulted ceiling is occupied with preserved fishes, stuffed mammals and curious shells, with a stuffed crocodile suspended in the centre. Examples of corals stand on the bookcases. At the left, the room is fitted out like a studiolo with a range of built-in cabinets whose fronts can be unlocked and let down to reveal intricately fitted nests of pigeonholes forming architectural units, filled with small mineral specimens. Above them, stuffed birds stand against panels inlaid with square polished stone samples, doubtless marbles and jaspers or fitted with pigeonhole compartments for specimens. Below them, a range of cupboards contain specimen boxes and covered jars." 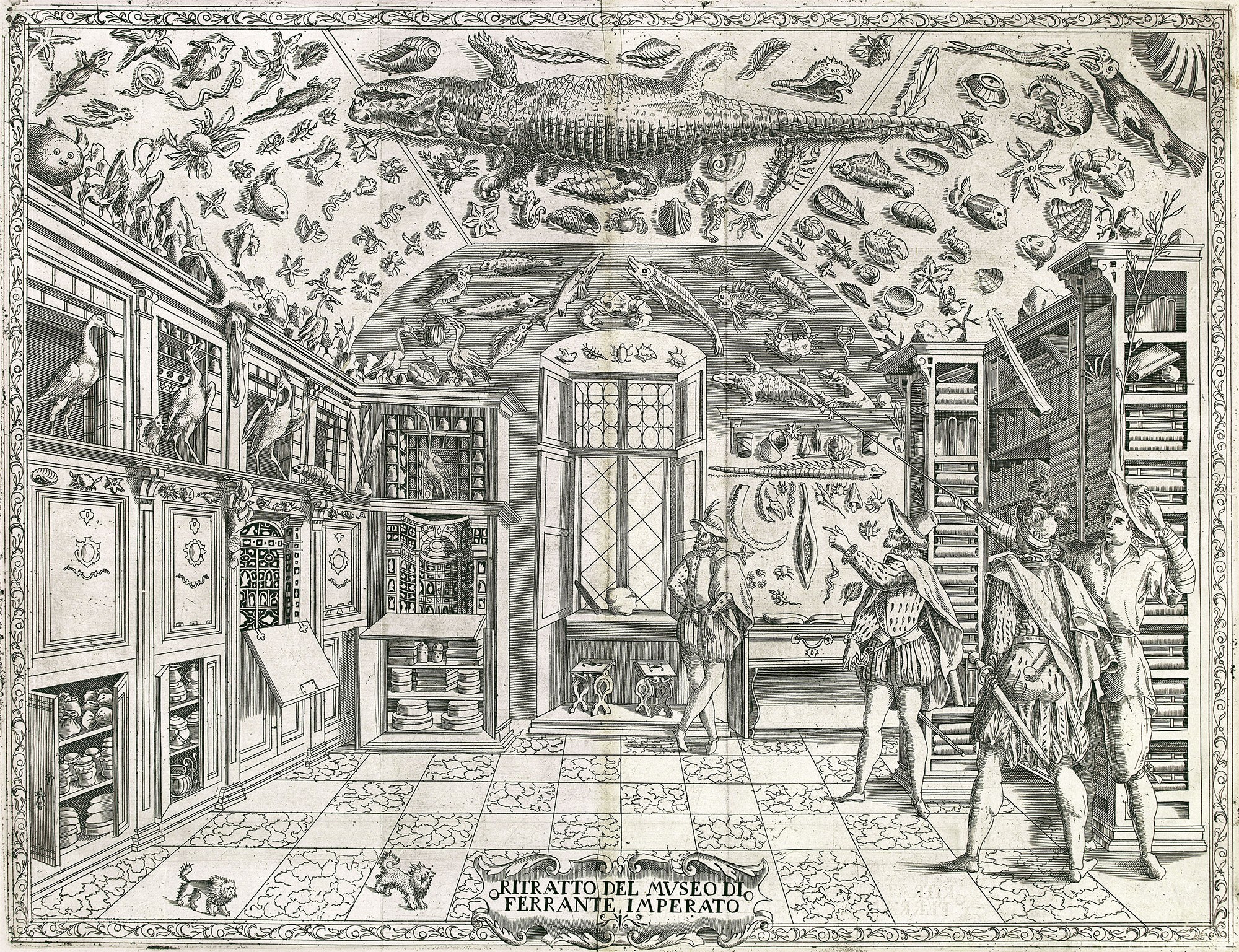 Links with the Victorian Era and Steampunk

During the Victorian Era the wunderkammer began to decline.  The invention of the steam rail meant that The Grand Tour was no longer restricted to the upper class.  More people could enjoy long distance travel.  A greater part of the population began to see more of the world and its wonders. No longer was collecting and displaying wonders only the domain of the elite.  Museums made such wonders accessible to all.

With such adventures and travels of course comes collecting.  We humans can be a bit like bower birds.  We collect the unusual, the interesting, the shiny.  Then of course we like to show it off.  And what better way to show of the loot from your Steampunk adventures than through a wunderkammer?

So if you are a Steampunk, do you have a wunderkammer?  And if not, then perhaps it is time for you to start considering one? 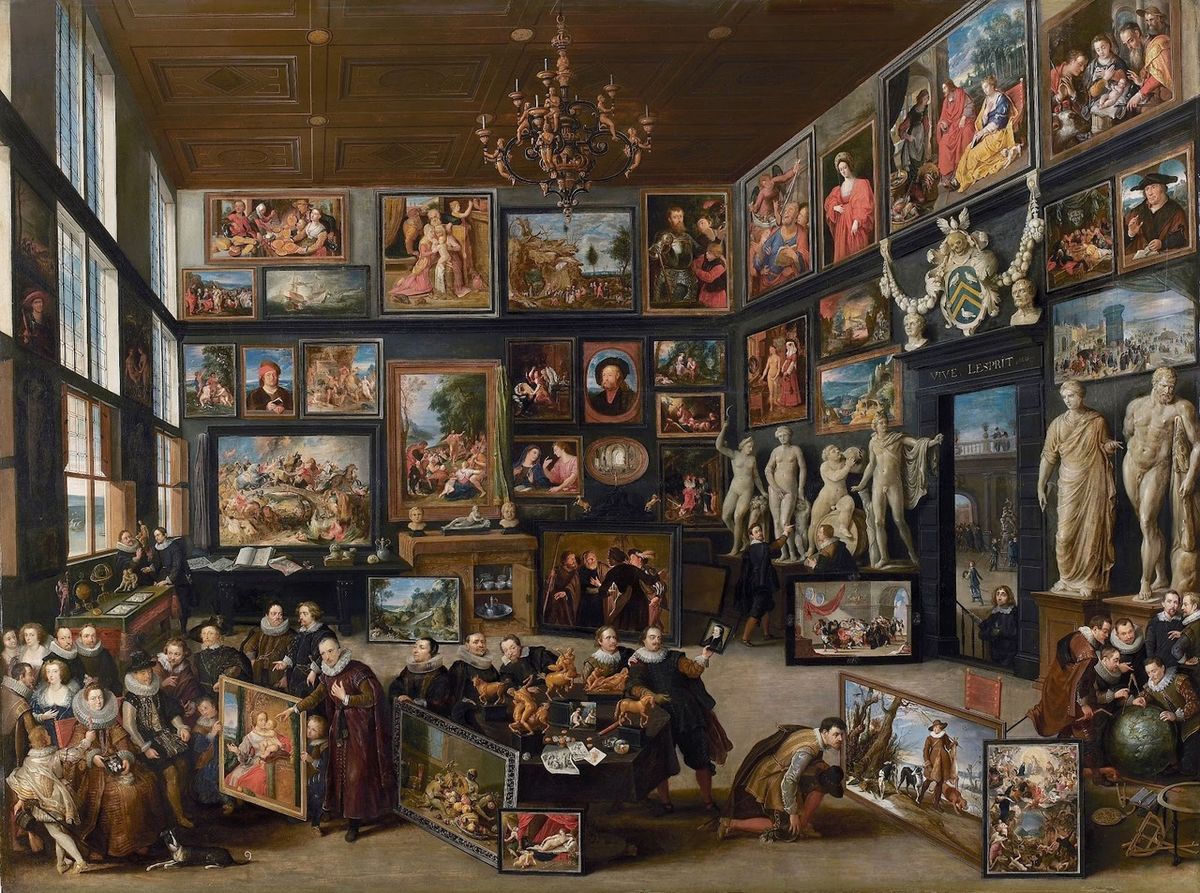 Naturalia - creatures and natural objects (with a particular interest in monsters): 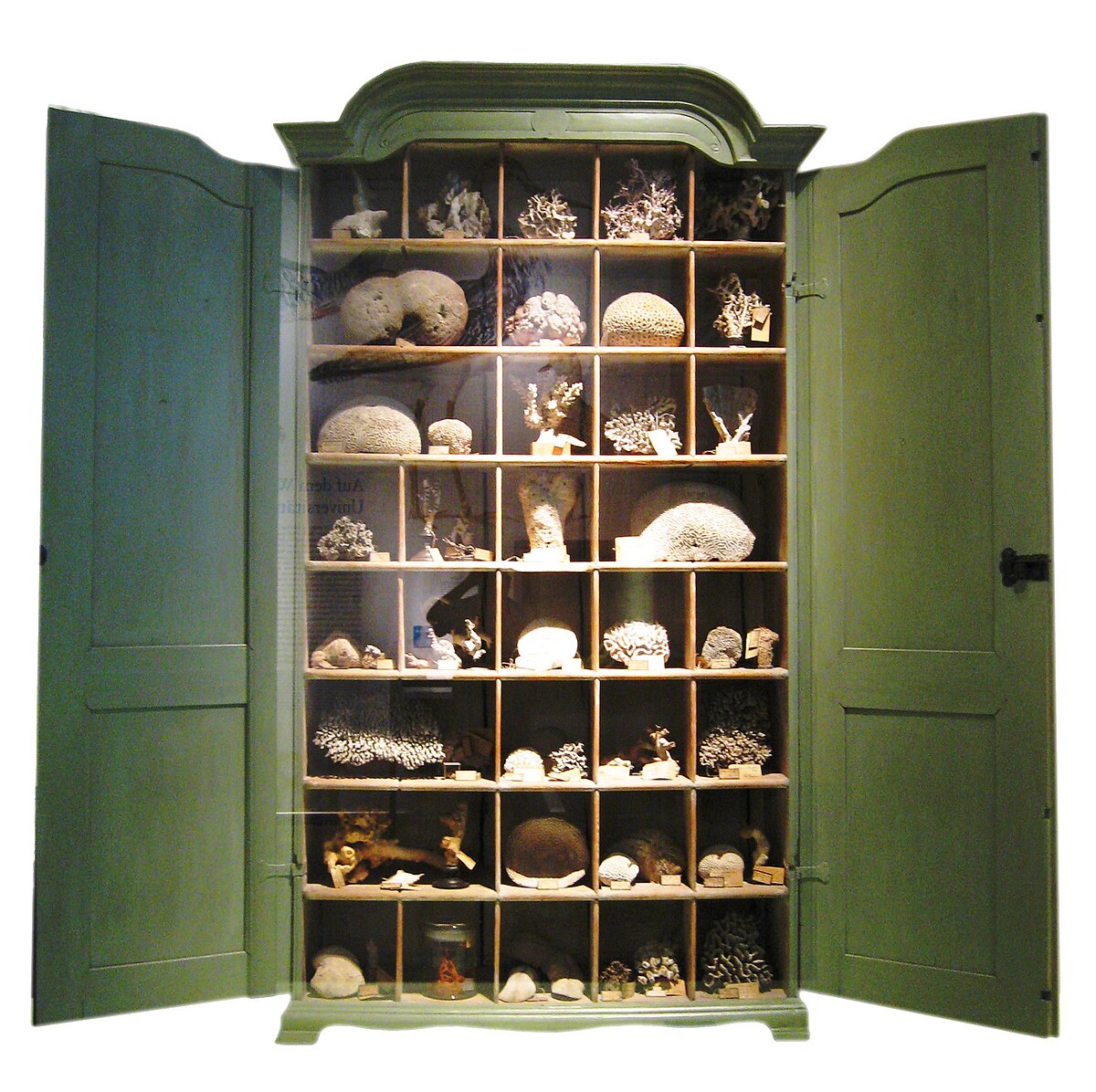 
In this age, we often do not have the resources or room to set up our wunderkammer into distinct types or sections.  As such I feel there is a need for a fifth category:

Multifarius - a little of everything: 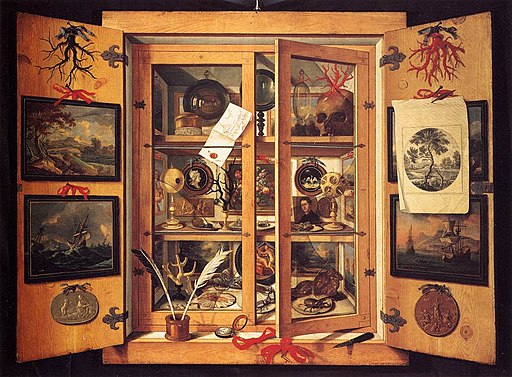 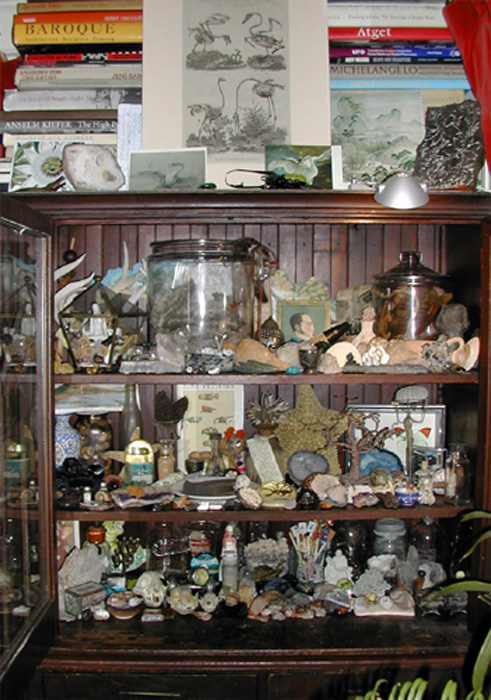 By Saudade7 at English Wikipedia - Own work (Original text: "My personal photograph. You can use it too if you want (therefore {PD})"), Public Domain, Link

And lastly, this article on the wunderkammer would not be complete unless we take this opportunity to show of our own personal wunderkammers;